These two painted pink in King!  Find your place.

The association is governed by an executive committee, and employs a part-time staff.   The President of the association administers a grant from the federal Corporation for National and Community Service, administered through Serve Washington. The association is a “virtual organization,” with members and staff housed at their individual agencies.

What is a Volunteer Center?

Volunteer Centers foster and develop volunteerism in individual communities, generally by connecting individuals with opportunities to volunteer.  They also promote volunteerism via outreach and program design (for example, special volunteer days and events, Volunteer Reader programs, and staffing homeless shelters.) The centers encourage effective volunteering by hosting learning opportunities in volunteer management and other aspects of non-profit administration. In 2013, member centers referred over 10,000 volunteers to nonprofits in their communities in need of expertise, for a reported 258,000 service hours.

How did it start? 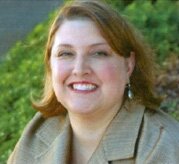 VCW was modeled after the successful Volunteer Centers of Michigan.  It was founded in 2006 under the direction of Sara Ballard, who moved from Michigan to work at Snohomish County’s United Way and then to manage the independent Volunteer Center of Lewis, Mason and Thurston Counties. During the first four years, the association was funded solely by member dues and in-kind donations. Whatcom, Snohomish, Skagit, Clark, King, Lewis, Mason and Thurston Counties have been consistent members since the beginning of the association.

In 2010, VCW partnered with 501Commons and the Washington State Commission for National Service slottica to receive a 3-year Volunteer Generation Fund federal grant.  With that grant, the association was able to distribute over $250,000 to member centers, to build capacity, train partner non-profits, and underwrite member staffs’ professional development. In addition, in 2012, VCW and 501Commons drafted the Washington Serves Plan, a strategic plan for increasing the numbers, value and impact of volunteers in Washington.

With a 4th year of grant coverage added in 2013, VCW was able to hire its first part-time staff person, and began work to organize  training and other resources, youth engagement programs, systems for partnering with the military, and communications, including Facebook and the web-site.